Will and the Way, The 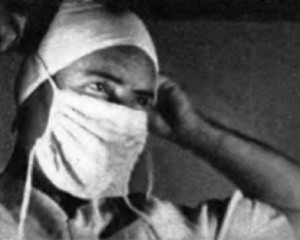 "The Will and the Way is a simple story of '"little people" — but it looms large in its appeal to the human heart. There are, in its tender adventures, the laughter of sympathy and the tears of pathos. From these, as from any great expression of beauty, there comes the genuine and ennobling uplift of the spirit which is so rare in a workaday world. Chester Glassley has been equal to his task. His photography, both indoors and out, is as nearly flawless as skill and patience will permit. His camera treatment is marked by a wise concentration on close views, a dramatic selection of angles and a fine sense of matching and contrasting color values. Good cutting, paired with a brilliantly executed montage sequence, rounds out the technical achievements. But his greatest production triumph lies in the casting and direction of the two lead players, who bring to the amateur screen its most genuine and sensitive acting to date. A young wife is to have a baby. Because of a harsh experience with a rum sodden doctor, she turns blindly toward the thought of going only to a specialist, a great obstetrician, famed both for his fine care and his $1000 fees. Her young husband's reaction as he learns of this feeling is the simple theme of the entire story: "I don't know where we'll get the money, but if that's the doctor you want, then that's the doctor you're going to get!" From then on. life for the young couple is a race against time, punctuated for the husband by a frantic search for cash, which leads him through the indignities of a pie eating contest, the insults of '"amateur night" and the bruises and battering of a vastly unequal prize fight. But the baby wins in the end. The harried father collects only three hundred dollars of the specialist's fee, a sum he begs the great doctor to accept as a down payment. This the physician does, only to return the entire amount later — with a receipted bill — as his tribute to the boy's courage. The Will and the Way is a short, unassuming film, made technically with the simplest tools provided by the craft. But, in its unfailing imagination, its moving tenderness and. above all. in its deep understanding of the human heart, this film is a proud peer among its colleagues of the Hiram Percy Maxim Award." Movie Makers, Dec. 1940, 576-577.

"The World's People, production of Edmund Zacher, II, ACL, and Herbert Johnson, ACL, with musical accompaniment and incidental sound effects by the record and double turntable method and with a narrative presented by Mr. Johnson through the sound system, offers a combination of visual and aural entertainment that is marked by a finish and perfection in cinematography and an interest and liveliness in accompaniment. The film describes a visit to the Century of Progress exposition in Chicago, featuring as its theme the many races and nations of the world represented there. The cinematography of Messrs. Zacher and Johnson is effortless and of uniformly high standard, is playing with intelligent restraint the effects used by professional cameramen. The combination of long shots, medium views and closeups leaves no beholder unsatisfied in any scene presented. There is a decidedly human character in the whole footage and the people are never overshadowed by architecture or machinery. In one place, two somewhat indignant ladies are seen in vigorous and disapproving conversation, for example, yet they are entirely unconscious actors. In continuity planning and execution, in cinematographic perfection and in a satisfying and informing use of excellent narrative, music and sound effects, The World's People sets a high standard in starting out to do a thing and doing it with sureness and real success." Movie Makers, Dec. 1934, 546. 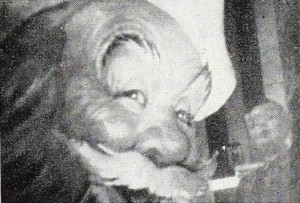