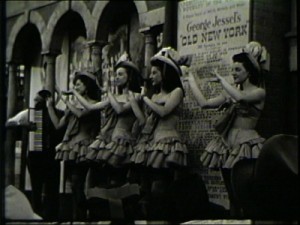 "Objectif Festival is a story based - on truth or not, we don't know - of an old photographer who decides to bring his camera, tripod and all, the to the Cannes Film Festival to get a few still shots. He is not prepared for the fast shooting shutterbugs of today, nor the Bikini clad French dolls that litter the beaches. Time has passed him by in more ways than one. The film has been cleverly cut to fit its musical score, and this unusual editing has earned for the film the MPD Golden Scissors Award for the best film editing in the contest" PSA Journal, Sept. 1964, 50-51. 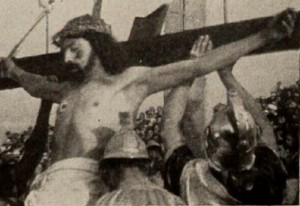 "It is a platitude that there is more in Mexico than meets the eye. In Quaint Old Mexico, however, Guy Nelli proves that there is far more in Mexico than usually meets the camera. Mr. Nelli presents the gradual awakening of Mexico, as the farmers drive their produce to market, with a startling sense of early morning atmosphere; market scenes are developed lucidly and effectively. The high peak of the film is reached with a most remarkable sequence of religious festival shots, as virtually an entire village re-enacts the Stations of the Cross. The intense religious emotion evident in these scenes has rarely been caught for the screen. Mr. Nelli's film is outstanding for its fresh approach and, above all, for the natural and casual quality of its shots." Movie Makers, Dec. 1946, 488. 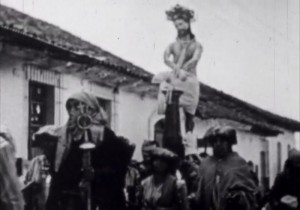 "“Wooden Face of Totonicapan” is a [1942] color film covering the art of making wooden masks in Totonicapan, Guatemala. The film was made under the auspices of the "Good Neighbor" film project, run by the Office of the Co-Ordinator of Inter-American Affairs in New York as part of the WWII war effort. It was produced by Ralph E. Gray." Periscope Film.