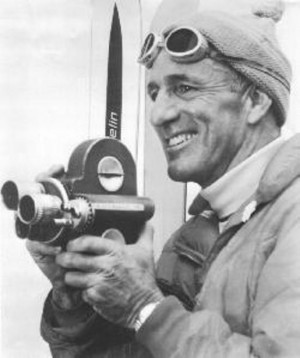 "John Jay was a leader in the production of ski films, pioneering in the field that eventually opened to other great ski film makers like Warren Miller and Dick Barrymore. He was a legend shooting his films with a hand held camera, doing his own editing then showing his films to live audiences in the fall around the country while making a name for himself with his humorous style that captured the fun and excitement of the sport."
From Williamstown, MA.