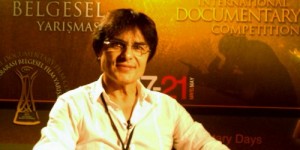 “İshak Işıtan was born in Turkey. He studied law at İstanbul University before launching into a film producing and directing career. In Turkey, he founded the group “Cinéma du peuple” and produced and directed several films on social issues. He was also an ABC correspondent in the Middle East, from 1978 to 1980. He has been living in Canada since 1980 as a Canadian citizen, directing more than a hundred TV reports, and producing and directing documentary films.” Thewomenofbrukman.ca: http://www.thewomenofbrukman.ca (13 November 2019).