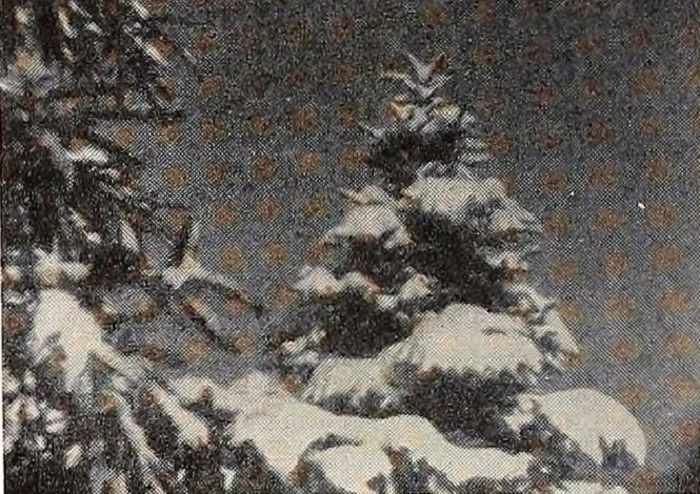 Still image from Woods and Waters of Winterland in Movie Makers, Dec. 1952, 324.

"With a sensitive feeling for nature's changing patterns, even in her least productive season, Herman E. Dow has captured the flavor and beauty of New England's quiet countryside in Woods and Waters of Winterland. Closeups of streams trickling through icebound banks and selective compositions of snow-laden boughs and bleak branches contribute to the overall theme of a pleasant scenic study. A musical accompaniment for the film is well chosen and recorded." Movie Makers, Dec. 1952, 341.