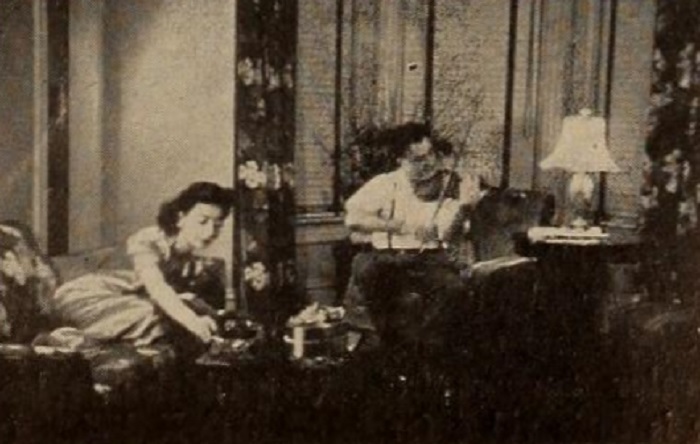 "Using black and white film, Carl D. Frazier has produced a tightly knit and well paced farce of a married couple and a burglar. Excellent lighting of wholly interior settings shows study of the monochrome medium and, properly exploited, how it can result in sparkling results. The acting is adequate for the simple plot, but it is the camera work and editing that make the film above average." Movie Makers, Dec. 1949, 472.