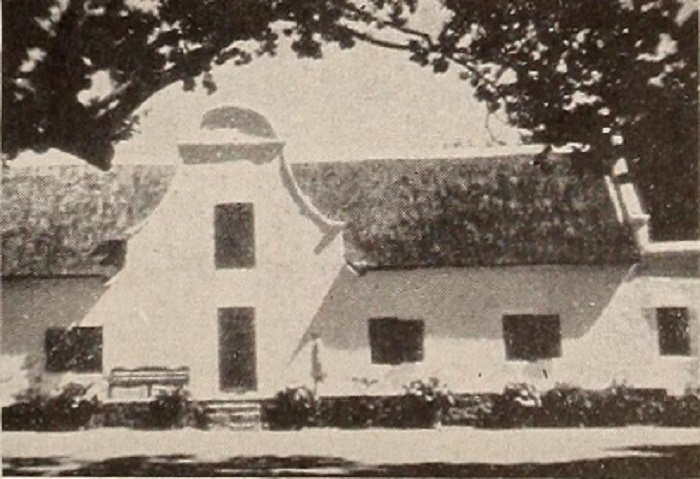 With narrative to be read in projection.

"The solid splendor of Dutch colonial existence in South Africa is attractively recreated in White Gables, by G. Brian McIntosh. Moving out from Capetown, the film carries one swiftly over the barrier crags of Table Mountain into the fertile valley beyond. Here, surrounded by its flowers and fields of grape, stands Groot Constantia, the great and graceful manor house built by Governor Simon van der Stel in 1685. Mr. Mcintosh presents it with sympathy, imagination and skill. Scene flows into scene, sequence into sequence, with a suave progression which could have been achieved only by the most cunning advanced plan. A gracious lady in 17th Century dress moves through the terraced grounds on the gentle errands of that leisured age. White Gables is a bright and glowing evocation of mood and manner which now are history." Movie Makers, Dec. 1946, 489.