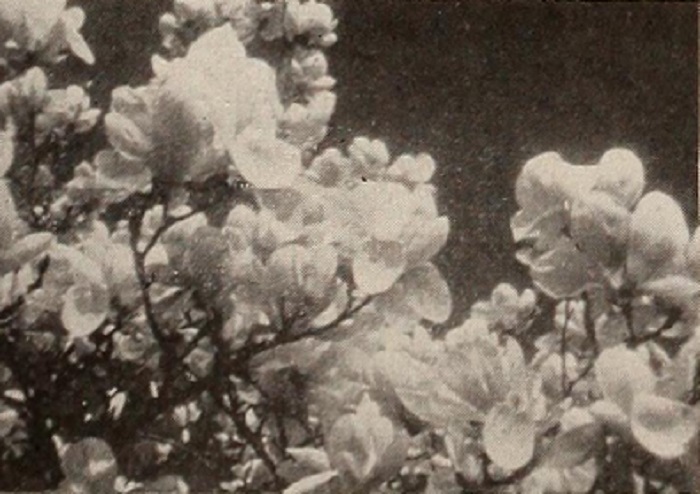 With music on disc and rhymed narrative to be read in projection.

"It is spring in Brooklyn, and Leo J. Heffernan has found a multitude of trees there. He opens the film with a sombre shot of New York's waterfront and skyline, to indicate the tense activity of a large city. A title suggests that those who live in the midst of this turmoil can find solace not far away. The film proceeds to the bounteous display of flowering trees in a large public park. Glowing shots of heavily laden branches against blue sky are interspersed with scenes of Sunday strollers wandering through shaded walks and falling petals. Mr. Heffernan has used to good effect his fine technical skill, and his color transitions between scenes are smoothly accomplished. Trees That Grow in Brooklyn is accompanied by a rhymed narrative written especially for the film by Mr. Heffernan." Movie Makers, Dec. 1946, 489.