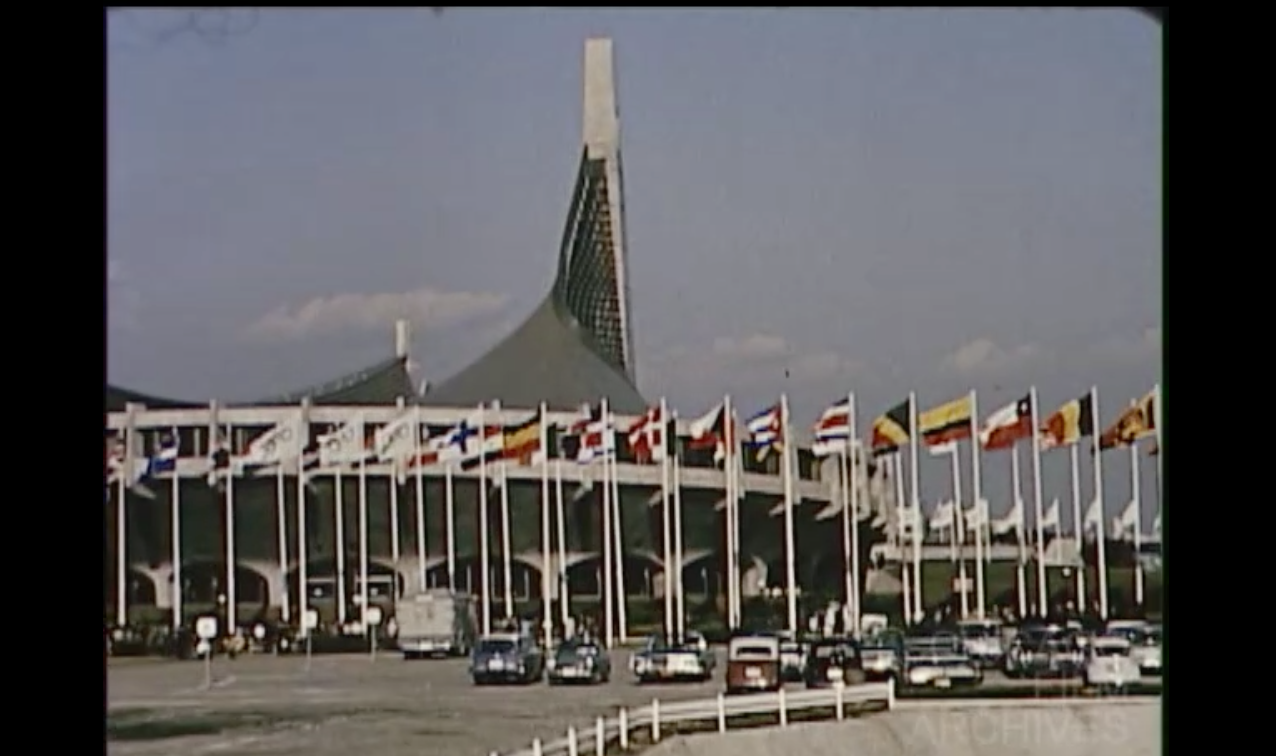 Still from The Tokyo Olympics. Image via Chicago Film Archives.

"The Tokyo Olympics, 1964 takes us to Tokyo and the Olympic games and provides us with a ringside seat for the numerous events that composed this athletic activity. Bad weather cannot be helped in a work of this kind, but the results in this picture did not suffer because of any inclement weather. For cut-aways we see the Emperor of Japan in his box, the smiling faces of the Orientals in the audience, and even an occasional glimpse of the cold drink hustlers charging 50 yen for a bottle of Coca Cola" PSA Journal, Sept. 1965, 51.