Film Record: Tie That Binds, The 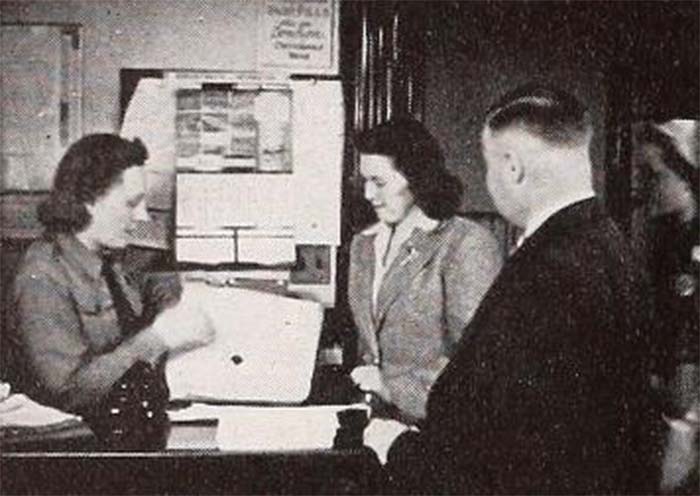 Archived by Library and Archives Canada.

"In the film, a young woman receives a letter about her brother's arrival in the army, which prompts her to ask: "What can I do to help in this war?" The film's answer is to give blood, and it proceeds to show the process of the young woman and her father giving blood at the local Red Cross clinic. The entire procedure is shown, including medical examinations and long sequences in the clinic that explain all the parts of the process. Eventually, this vivid color film shows the actor actually giving blood. To provide drama the film shows an alternation between shots of the woman at church and her injured brother resting in a hospital after Dieppe; it soon reveals that he is being treated with blood transfusions, and we can see that he will soon recover. The film ends with a sequence of shots showing the solider walking down a snowy Ottawa street with a cane, returning home. When he sees from a sign in the window that the woman there gave blood, he is touched by her lifesaving contribution. This silent film is thirty minutes long and blends elements of fictional or dramatized scenes with process sequences at the Ottawa Blood Donor Service. Shot in 16mm color film, it is both a vivid and professional-looking production; indeed, it exemplifies both elements of the practical amateur genre (creative engagement with practical issues) and the wartime necessity of the moment" (Tepperman 93). 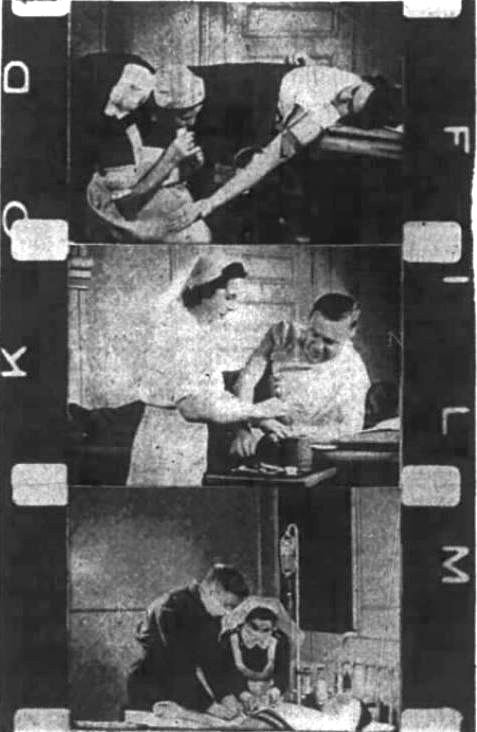