Film Record: Story of Bamba, The 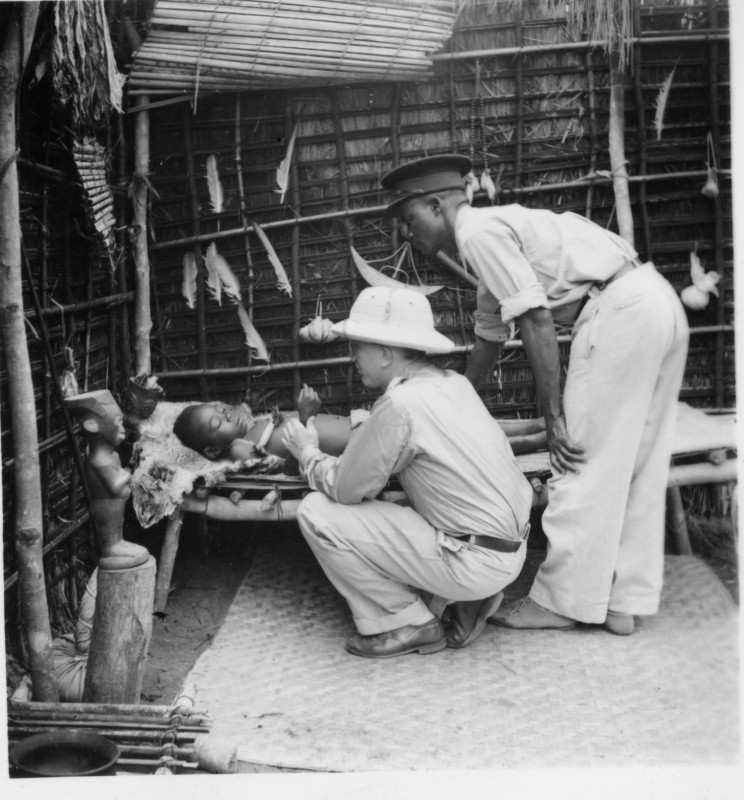 "The Story of Bamba is a drama filmed in Africa by Ray L. Garner for the Harmon Foundation in New York. This reviewer calls the production a film drama advisedly, for, although it is made as a report of the medical work of a missionary group in Africa, the picture is, in itself, an entertaining photoplay. The boy, Bamba, is the nephew of the tribal witch doctor who cures sickness with his fetishes. Bamba is to become the medicine man's successor, but he falls ill with the fever and is deserted by the tribe when they hurriedly flee their village to rid themselves of a plague. Rescued and cured by the native representative of the missionary medical center, Bamba is sent to school so that he too, can cure in the white man's way. An adult, he returns to his own tribe, where he meets and finally overcomes the resistance of his uncle. Thus, the plot unfolds clearly and entertainingly, yet the story does not interfere with a complete exposition of the medical work of missionaries. Skillful handling of native actors is apparent in every scene, for there is scarcely an unconvincing piece of business in the whole film. Camera treatment is matter of fact but adequate." Movie Makers, Dec. 1939, 637.

"DRAMATIZED DOCUMENTARY: About a 12-year-old African boy of the Bakongo Tribe in the Belgian Congo who is befriended by a mission doctor, becomes a Christian medical worker and returns to his village as a mission medical teacher. Reel 1: Bamba goes hunting with friends, and he snares a monkey. His uncle teaches him to be a fetish doctor. An epidemic strikes the village and Bamba becomes ill. The fetish doctor says that the village must move to a "luckier" location. Reel 2: Missionary doctors arrive, but fetish doctor tells villagers to flee because missionaries are evil spirits. The village nearly deserted, missionaries find Bamba and take him to mission where he survives, grows to be medical missionary and returns to his village. His uncle curses him and his medicine. Reel 3: Bamba gets his diploma, opens dispensary in his home village and aids the sick, including his uncle who then embraces Christianity." Via National Archives.