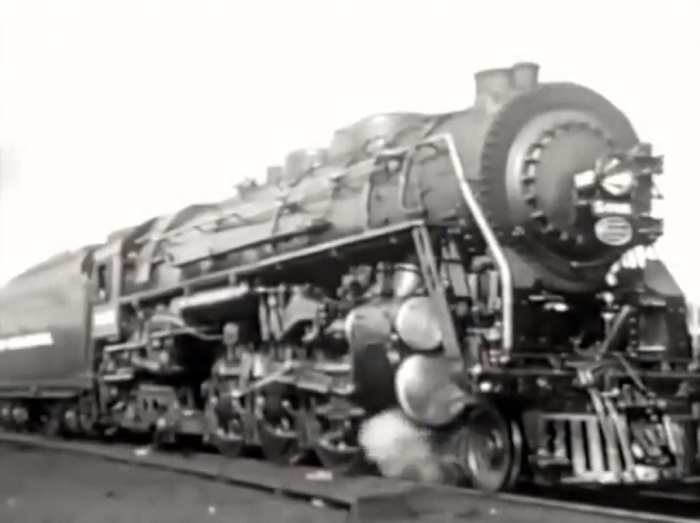 Still image from The Steam Locomotive.

Sound on film (narrative and music).

"The Steam Locomotive, second release in the Know Your Railroad series, sponsored and produced by the Motion Picture Bureau of the New York Central System, is a worthy successor in this intelligent line of educational films. In it, Frederick G. Beach, supervisor of the bureau, has set forth in clean cut cinematography the design, construction, operation and maintenance of the famous Hudson type locomotive. An animated model of a steam cylinder explains the otherwise hidden functions of this key piece of machinery, while a soundly conceived narrative points up the film's visual teaching throughout. A stirring sequence showing these great coal eating giants at their daily tasks brings the picture to a dramatic close." Movie Makers, Dec. 1944, 495.

Sponsored and produced by the Motion Picture Bureau of the New York Central System. Second release in the "Know Your Railroad" series.