Film Record: Inside Story, The 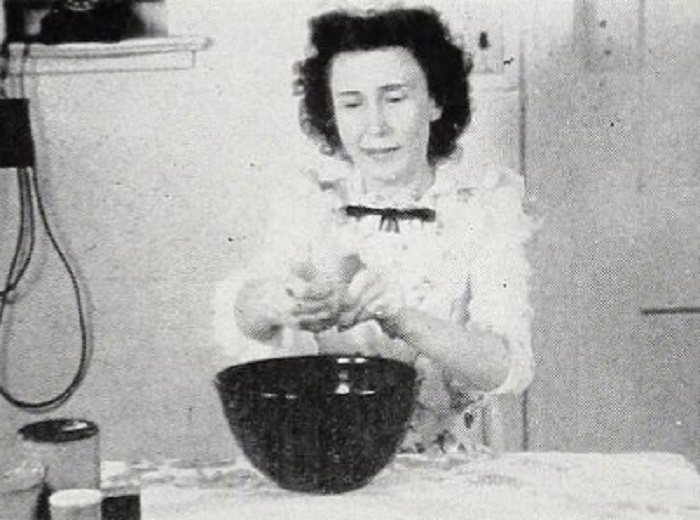 "With the help of four wild ducks and two cooks, Dan Billman, jr., has produced a gay film of contrasting culinary abilities. With understandable economy, he has allotted only one duck to the novice cook, while three are given to a jewel of the kitchen. The preparation of the birds in competent hands is a delight to watch, for the closeups of each step are examples of superb interior lighting. The abandon with which the beginner mixes the dressing and what happens to her stuffed duck in cooking are presented in ludicrous contrast. The Inside Story has as its climax an attractive sequence of serving the perfectly roasted birds at a family dinner. A light touch is added by gay titles and their accompanying sketches, while special mention must be made of the fine scene shot from outside the house at night, to reveal the warm interior of a pine paneled room through the black tracery of the casement window frames." Movie Makers, Dec. 1945, 494-495.