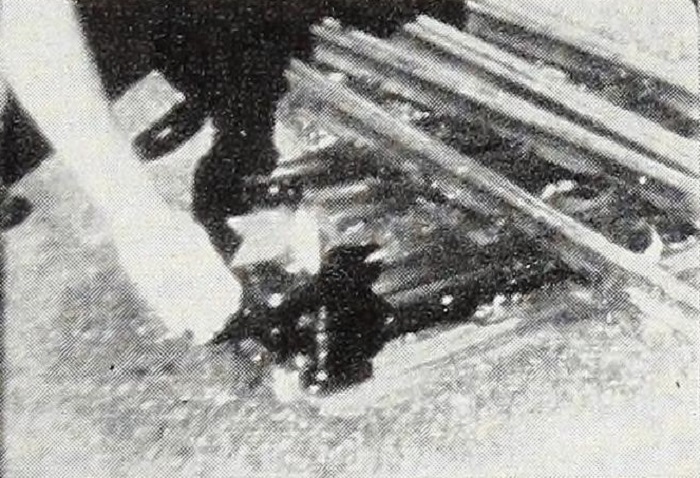 "The Southwestern and Centerville Railroad boasts a roadbed of less than two miles and runs only on Saturdays — and then to "nowhere." But it undoubtedly provides the favorite ride of all the kids (as well as their equally enthusiastic parents) from the surrounding countryside. In The Fresh Milk Line, Roy Fulmer, jr., records the operation of this narrow gauge railroad on a dairy farm in New Jersey, run as a hobby by the owner of the farm. Closeups of the working of the Diesel engine, the switches and signals add technical interest; while the sequence of laying a new piece of track by presumably adult employees on the farm makes it apparent that the men enjoy "working on the railroad" as much as would any youngster. Here is one film whose interest would have been heightened by a musical accompaniment with sound effects." Movie Makers, Dec. 1951, 412.