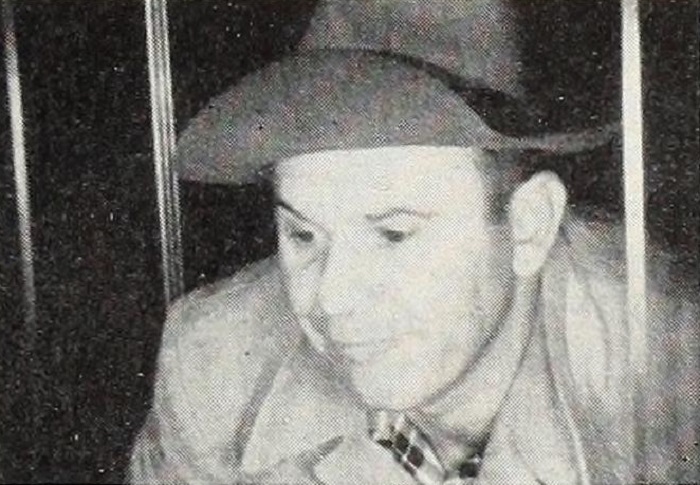 "Cal Duncan, the exuberant extrovert of Lee's Summit, Mo., has, in The Director, turned his high talents for low comedy on our own hobby of amateur movies. Both the hobby and the hobbyist's long suffering friends take quite a beating. In the person of Felix Fogbound, a perennial bird-brain in the producer's cinematic studio, Mr. Duncan combines all of the classic amateur idiocies with a flavoring of Hollywood hokum. His lampooning of personal movies is robust, rowdy and for keeps. When Fogbound swoops his camera in a dizzy pan shot, you have really had it. When he attacks editing with a pot of glue and his thumb-and-forefinger splicing technique, every movie maker will wince with horror. The director is a derisive and delightful burlesque, executed with an almost artless technical competence." Movie Makers, Dec. 1950, 468.