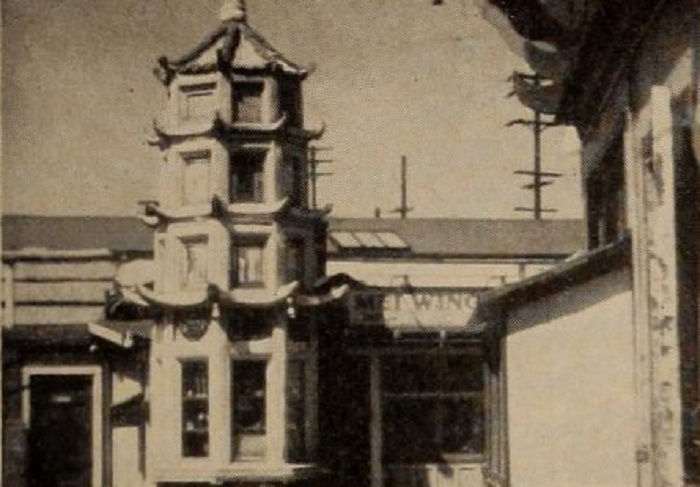 "An idol stolen from a Chinese temple and the efforts of a loyal retainer to recover it provide George Kirstein with a novel springboard for the unfolding of this unusual travel film. Subsequent events carry the principals from New York to Chicago, through the Southwest to Los Angeles and Hollywood, up the coast to San Francisco and finally back to New York for restoration of the idol. Far from hindering the sightseeing sequences, Mr. Kirstein's device enhances the presentation of this material. While the camera handling is satisfying throughout, tighter editing would speed up the pace and heighten dramatic interest." Movie Makers, Dec. 1949, 471.