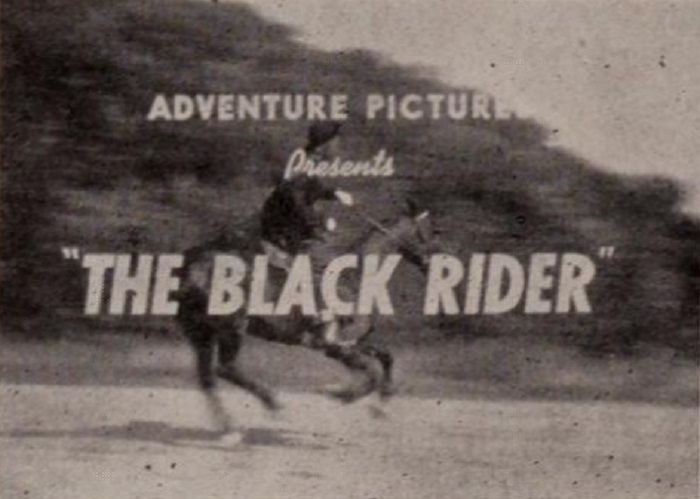 "For Louis McMahon, making movies must seem to be as natural as breathing — only far more fun. It stands out in his work, from the first dynamic opening of The Black Rider to the last dramatic gun fight, in which, inevitably, the villain is vanquished and the hero left triumphant. For this film goes back to first principles of the motion picture, both in its "horse opera" subject matter and in its unfailing sense of movement and compelling excitement. True to the old traditions, this young producer has turned seemingly impossible obstacles with cinematic trickery and imagination. For the present, his technical skill has not always been equal to his creative ambition, but the genuine urge is there in abundance." Movie Makers, Dec. 1941, 566-567.

The Black Rider was produced by Adventure Pictures, the production company of Louis McMahon. McMahon was 20 years old when he made the film.