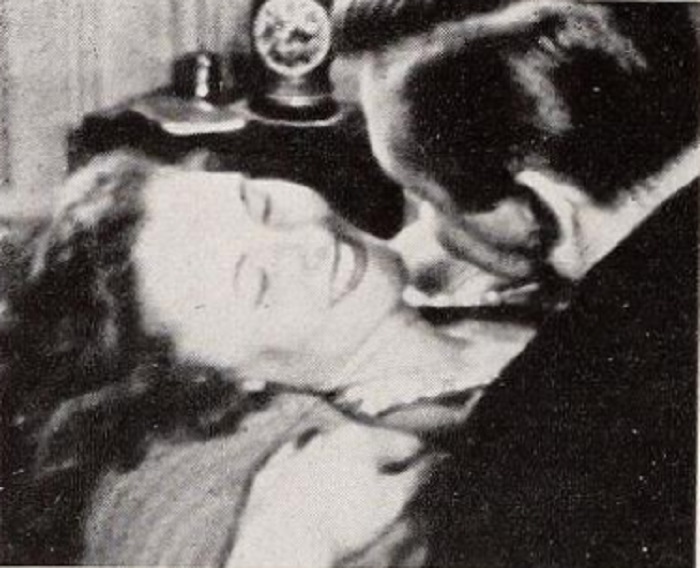 "Novel continuity, beautiful cinematography and a nosegay of feminine charms are the distinctive features of Ten Pretty Girls, produced by Anchor O. Jensen. This expert little drama, made on 8mm Kodachrome, is an excellent example of quality workmanship in that width. The opening scene shows a young man contemplating his address book. He folds a large piece of paper and cuts from it a string of ten dolls, which become the symbols of as many lovely young women. As each doll is torn from the group, a new sequence featuring one of the girls is introduced. A different flower, corsage or bouquet figures in the action as each of the girls is shown in some individual and flattering setting. At the conclusion, the young man has made his choice; he spurns the blondes and brunettes for the favors of a titian beauty." Movie Makers, Dec. 1943, 474.