Film Record: Sweating It Out 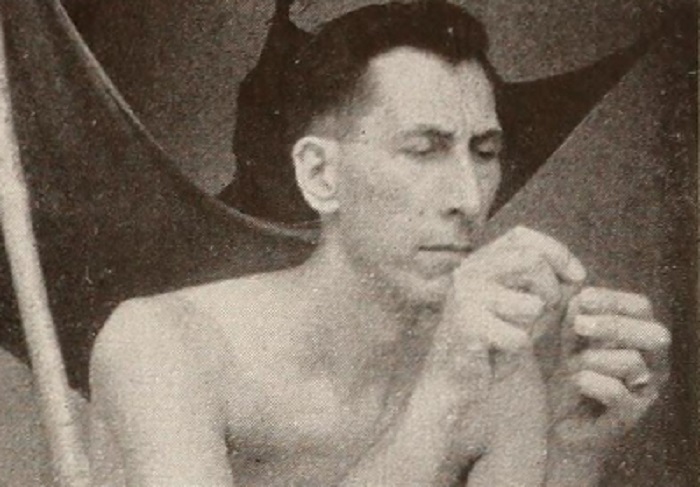 "It is generally accepted by the less moronic elements that Hollywood's version of life in the army not only missed the point but overlooked it completely. Reginald McMahon, a hardy private first class during the war, has compensated greatly for Hollywood's sins in his Sweating It Out, a clever film recording the period between V-J day and his return from overseas. Mr. McMahon was with the 24th Combat Mapping Squadron, stationed at Gushkara, India. He was in a position to show what a hot, boring climate does to military stiffness and the blithe American temperament; and he has done so. Barracks life becomes very real in his hands, with its essential lack of glamour, its endless small detail and its everlasting poker games. The negative aspects of army life at an outpost — K.P. and guard duty — come in for their proper share of bitter comment. Mr. McMahon is to be thanked for recording the trivia that make up army life in a way that makes one almost nostalgic for them." Movie Makers, Dec. 1946, 488-489.

Discussed by McMahon in "Making a GI Record" (Movie Makers, Feb. 1947, 69, 80-82). The article describes how the filmmaker took a comedic approach to filming his return to the United States from India.