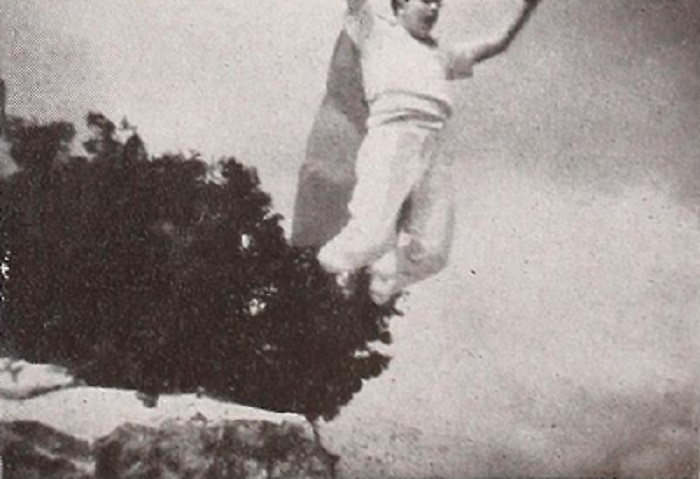 With recorded music and recorded narrative on disc.

"Donald H. Kelly has cast a comic strip character in Superman Goes West, integrating travel sequences and comedy with great success. While the magnificent cinematographic record of a Western trip is the most engaging factor of the film, the entertainment value of the Superman motif cannot be minimized. The fictional hero is shown to be the consuming interest of a small boy passenger on the trip. The lad proceeds to read Superman comics under varying conditions, despite a changing background of allegedly awe inspiring scenery. One dream sequence with a Superman flavor is a triumph of trick cinematography." Movie Makers, Dec. 1943, 478.