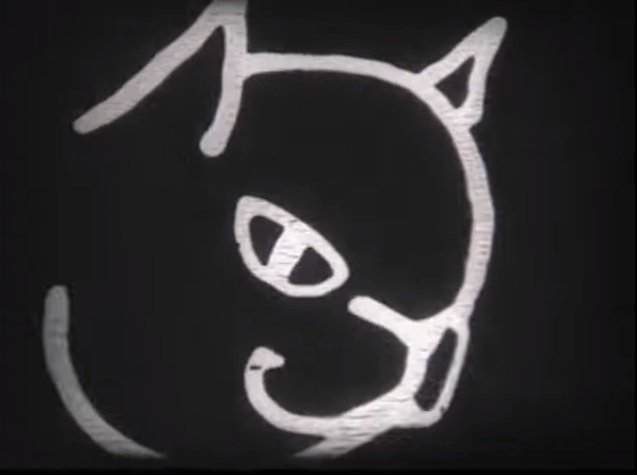 "A two minute black and white cartoon built around the animated spelling of short words which are quickly converted into the subject of the spelling. There is an effective sound impulse with the rapidly changing characters. Stewart Wynn-Jones has done a short bit of clever cine-cartooning" PSA Journal, Nov. 1957, 33.

The BFI lists this film as produced by the Grasshopper Group.

See an online version of the Animator's Newsletter, Issue 1, (September 1982) for a brief write up on the making of the film.