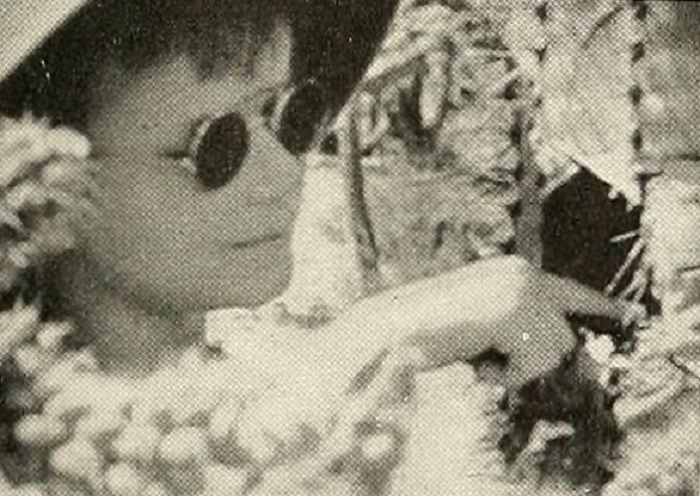 "Sahuaro Land, by Frank E. Gunnell, is as clever and painless a teaching film as one may find in many a classroom screening. Here, in a colorful Arizona cactus desert, we find the surefire ingredients of a boy and his dog. The boy is an enthusiastic nature student who, in the course of his explorations of the region, contrives to make sundry entries in his notebook, which find their way to the screen. These data are all so natural a part of the story, however, that the information conveyed does not assume the rather forbidding status of an instructional title in any case. The outdoor color work is excellent, and the viewpoints are well chosen. Mr. Gunnell's use of telephoto technique for making closeup studies of distant, inaccessible objects (such as the bloom atop a tall cactus) was particularly effective. We learned a lot from this film." Movie Makers, Dec. 1940, 604.