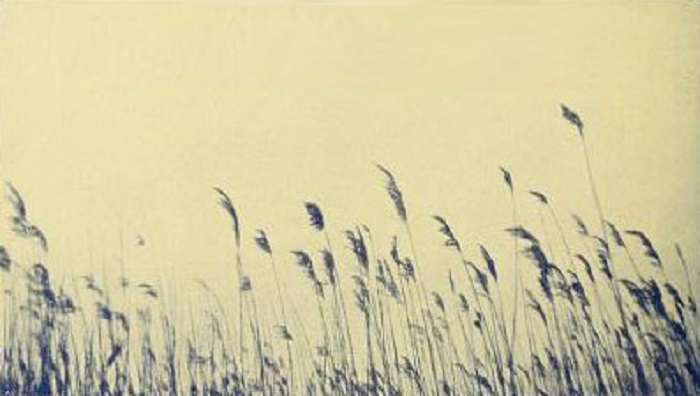 "The first on the list, Rushes, 300 ft., 16mm., filmed by J. V. D. Bucher, is an unusual effort, for it presents a continuity theme woven about a single subject, the wild rice plants in a marsh. It well illustrates what distinctive subjects for amateur movie making are offered by scenes close at hand that are often ignored. It is a satisfyingly beautiful study of the rushes, telling the story of their resistance to the assaults of nature, climaxed with their defeat by fire. The plan offered a large number of exposure problems which were successfully handled. Of particular beauty are the scenes of the burning rushes, taken with a fast lens, and fog effects and closeups of the plants' plume like heads, taken with filters against cloudy skies. The continuity motif used is simple and yet unites the subject into a complete entity rather than a series of disjointed sequences which happened to be taken of the same subject." Movie Makers, Dec. 1930, 758.