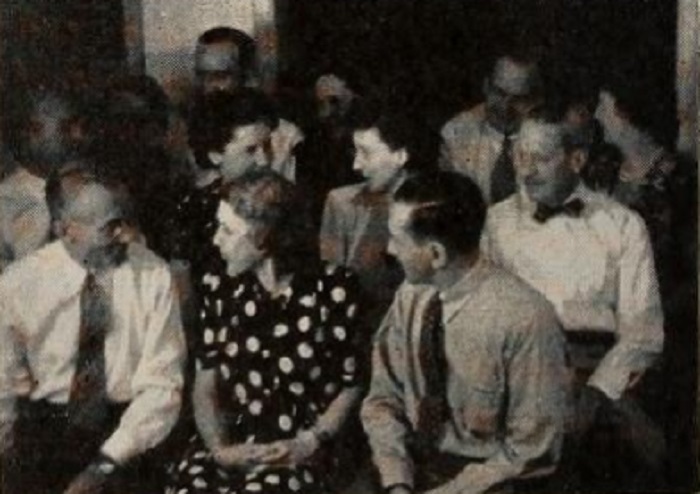 "This clever 16mm. picture is amazing in several ways, but two characteristics stand out. It is only 250 feet long and it was completely filmed, with the exception of the double exposed titles, in one evening. George Merz, the producer of this novel study, warned his guests that, when they came to see the Louis-Conn fight televised, they would have to earn their way by acting in his production. Ringside Seats at Home shows the guests arriving, reacting to the fight and paying off bets. It also contains surprisingly clear footage of the fight itself, including the knockout in the eighth round. A unique and attractive picture, the movie shows what can be done if you work a little, pray a little and gamble a lot." Movie Makers, Dec. 1947, 539.