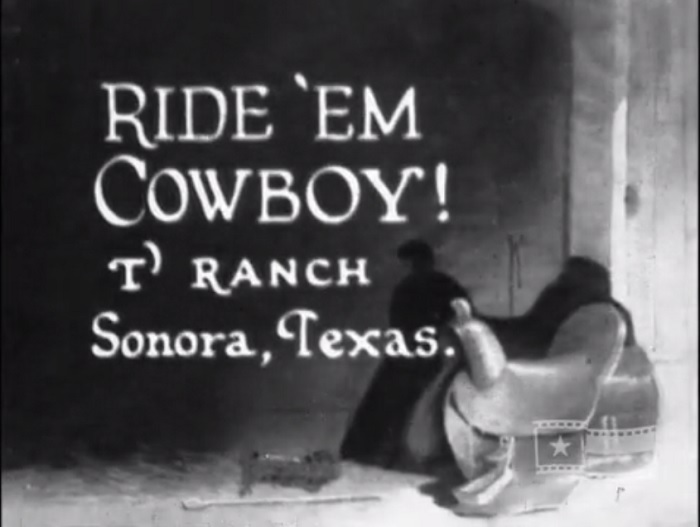 "Produced by Edwin S. Mayer, this 1929 amateur film documents life and work on the T-Half Circle Ranch near Sonora. Ranch hands first herd cattle for branding and de-horning. Then, they turn to working the sheep, sorting them into separate classes before shearing wool. Later, the ranch hands battle a prairie fire on the property. In addition to outlining ranch operations, Mayer also introduces his family and colleagues. At the conclusion, Edwin and his wife Minnie join another couple to explore Carlsbad Cavern in New Mexico. The cave is now the primary attraction of Carlsbad Caverns National Park. Please note, this film contains a racist joke regarding African Americans. The Texas Archive of the Moving Image does not condone this language, but presents the film as it was originally created, because to do otherwise would be the same as to claim this discrimination never existed" Texas Archive of the Moving Image.

Texas Archive of the Moving Image