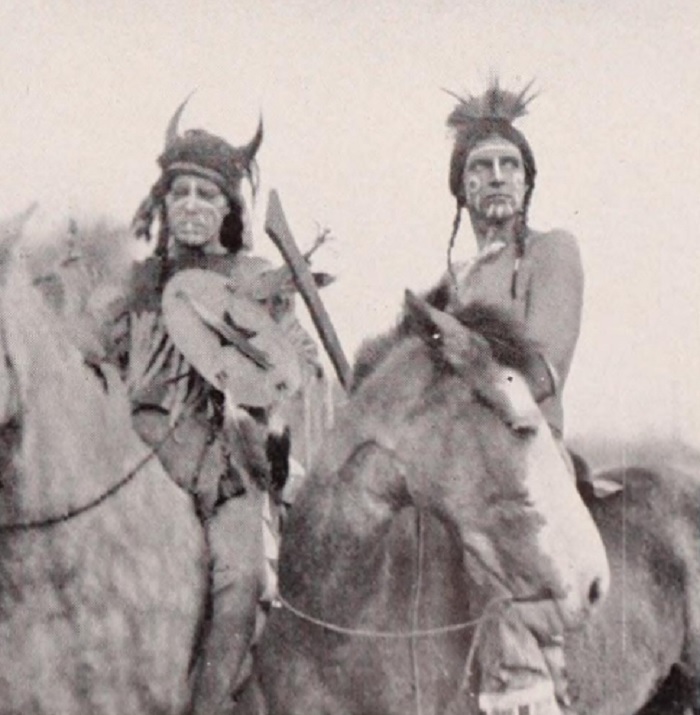 "'Red Clouds Rides Again,' the 8mm picture by Dr. Loscher which was given first prize, was based on a poem that dealt with the pioneers crossing the desert. Its main action had to do with a wagon train being attacked by Indians. The manner in which Dr. Loscher handled this sequence would have done credit to a studio production. With only one wagon, three horses and six people at his command, he made it look like a production employing more in the way of properties and talent. His angles, his composition and his cutting are things for every amateur to observe. His story could have easily become hackneyed by poor cutting and editing, but he kept it moving at a fine tempo." American Cinematographer, Jan. 1936, 24.

The film is also referenced with the title Red Cloud Lives Again.

Dr. Loscher discusses the film in "Shooting an 8mm Prize Winner" (American Cinematographer, March 1936, 115, 124). The article describes the film's production, and notes that the film was directly inspired by Wallace D. Coburn's poem "To an Indian Skull".

A brief article by Dr. Loscher titled "Red Cloud Rides Again" (Ciné-Kodak News, May 1936, 3) discusses the film and its production usage of a Ciné-Kodak Eight, Model 60.

Specific compositions included in the film's accompanying soundtrack are listed in "Musical Scores for the Prize Pictures" (American Cinematographer, Feb. 1936, 68-69, 76).

This film is a part of the Institute of Amateur Cinematographers collection held by the East Anglian Film Archive.