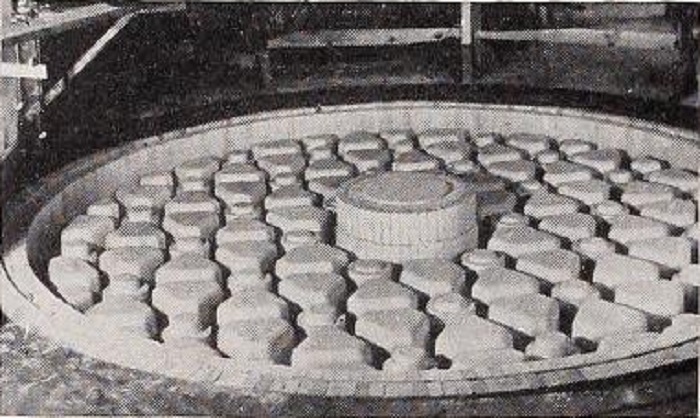 "Pouring A 200 Inch Telescope Mirror, by Edmund H. Wellech, ACL, is a glorified industrial but greatly worthy as a clear record of one of civilization's milestones. Mr. Wellech's film, in addition to being an important scientific document, is, besides, a truly excellent cinematic achievement, for it makes an involved subject entirely understandable. The accomplishment of the single task of determining the correct exposure for scenes of molten glass against a dead black background is in itself a feat that would make the film outstanding. But, beside this, there are carefully worked out cinematic exposition and an approach to perfection in every aspect. As an engineer working at night for the Corning Glass Company, Mr. Wellech devoted his spare daytime hours to making this noteworthy film." Movie Makers, Dec. 1934, 546-547.