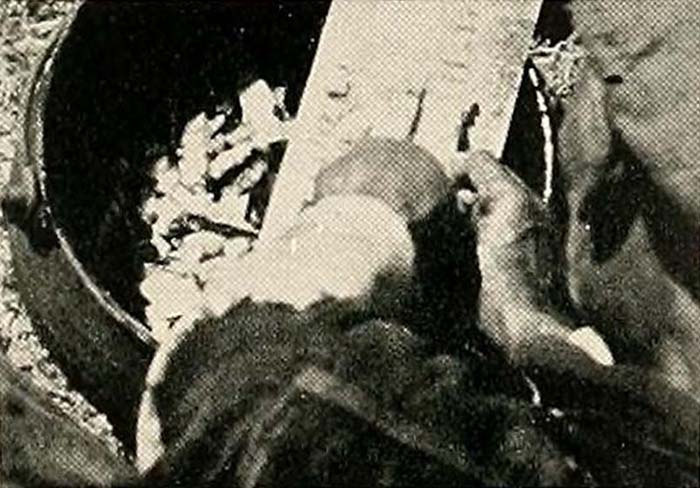 "Porpoise Oil presents a cleverly planned and charming story that shows how the Indians of the upper St. Lawrence region live today and how their ancestors obtained oil from the porpoise of the neighboring bays. Dr. Leighton was fortunate enough to find an old Indian who, in his younger days, had been a champion porpoise hunter and the picture tells in Kodachrome how the fish was shot and the oil tried. This constitutes an important document of Indian craft that, otherwise, in time would be lost to the world. A touch of humor throughout and a surprise ending serve to spice the film and to make it the excellent study that it is instead of a routine record film. The continuity is well developed and the photography is of good quality." Movie Makers, Dec. 1937, 630.

Discussed by Leighton in "Recording a Vanishing Craft" (Movie Makers, April 1938, 180, 194-198). The article thoroughly discusses the film's production, and includes stills from the film.

A mention in "The Clinic" (Movie Makers, Dec. 1937, 623) diagrams how Leighton shot the title sequence of the film.

The film is a part of the Alexander H. Leighton fonds held by Nova Scotia Archives.