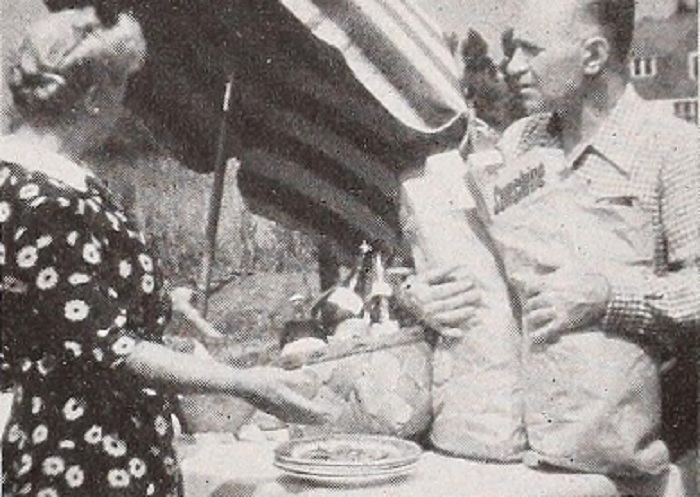 "George Mesaros, who has demonstrated his competence as a maker of good movies in other fields, turns to humor in this film comment on wartime conditions. The point of the story — for it is the foray and not the tale that is pointless — turns on providing for a picnic in the yard of the home. While the master of the house is shopping with ration points, the skeptical family gets, from the Victory garden, cooks and eats the alfresco feast, at the end of which Father — who really did find something in the shops — returns with loaded arms. First class Kodachrome pictures and a well knit continuity are used by Mr. Mesaros to bring to American audiences something of the spirit of easy and natural outdoor fun with food that for so long characterized the Europe of happy memory. Some of the scenes of cooking are so realistic that one almost reaches for what is shown on the screen." Movie Makers, Dec. 1943, 478.

Discussed by Mesaros in "A Picnic at Home: A Film Tale of Rations and Gardens" (Movie Makers, 1944, 266, 281). The articles describes scenes of gardening and the preparation of food seen in the film.