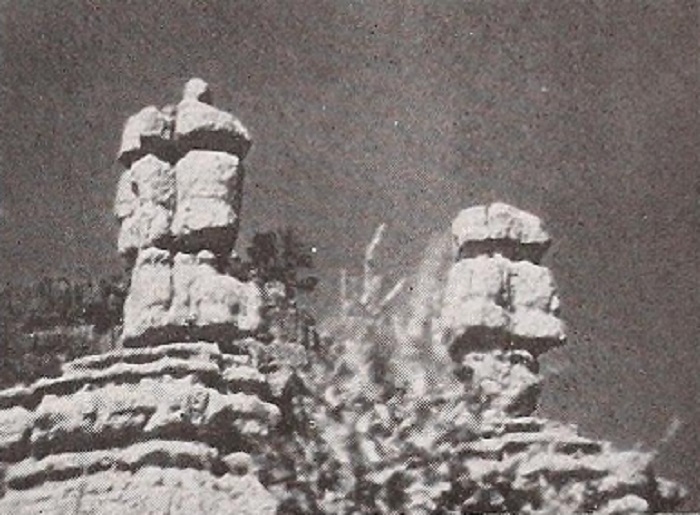 "Parks of Paradise was originally intended as a 2000 foot pictorial travelog that would cover every national park and monument in the United States, but travel conditions enforced a limitation, so Norris Smitley has confined the scope to include only the national parks of the Southwest, permitting a more detailed presentation of the material used. Many unusual scenes of popular subjects are shown in the picture, which is further distinguished by beautiful color and meticulous cinematography." Movie Makers, Dec. 1943, 478.