Film Record: Once Upon a Rose 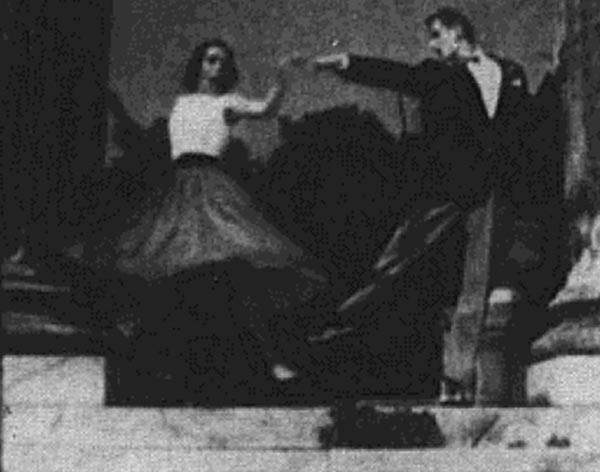 "Once Upon a Rose is romantic fantasy of a high and handsome order. In it a young gallant on a walking tour comes upon a lovely pleasance leading, at its far end, to a columned Grecian portico and the statue of a goddess. Starting to dance upon the wide stone steps, he soon hears footballs echoing behind him. The goddess has come to life and, in a series of gay modern dances, she and the boy make tender and romantic love. Then, like the princess in the fairy tale, she is again transfigured into stone—and the young man is left with only a rose to mark her memory. Now...except for brief opening and closing sequences, all of this action takes place in the single setting of the Grecian porch. To be sure, the choreography by Jimmy Inman (who also plays the young gallant) is lively and kinetic. And Mary Jo Bishop is graceful as the girl. But the film's real rhythmic flow is due in its major part to the imagination and skill of the producer, William H. Eddy. It is from his fluid camera that there blossoms this rose-scented romance which never was" PSA Journal, Jan. 1955, 49.