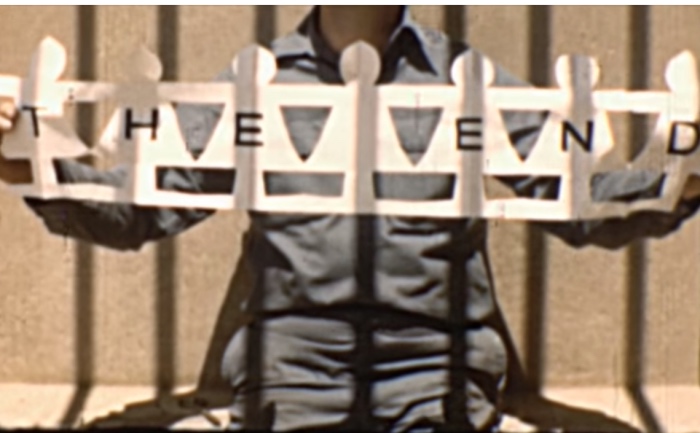 Still image from The Nut Bolts.

Comedy about a psychiatric hospital patient who attempts an escape. Two inept hospital employees fail to retrieve the patient, allowing him to encounter a child whose scooter offers a chance at a faster getaway.

This film is a part of the Grand Rapids Amateur Movie Club Film Library. Visit "About the G.R.A.M.C." for more information.

The film won a plaque in a contest sponsored by the Michigan Council of Amateur Movie Clubs in 1951 (Movie Makers, Nov. 1951, 375). The G.R.A.M.C. Film Library's version of The Nut Bolts opens with a MCAMC leader.

Another version of The Nut Bolts exists with a slightly different plot and shorter runtime. It is also held as part of the G.R.A.M.C. Film Library.