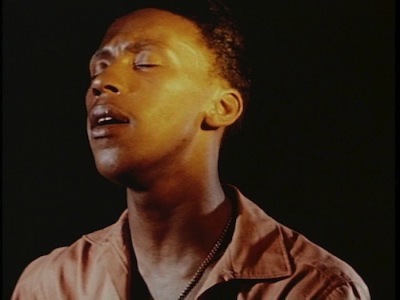 "Nightsong is a dramatic story of a colored night club singer, Willie Wright, trying to make the big time and, most of all "to get people to like me." One evening while singing, his eyes rest on the face of a beautiful young white girl and his infatuation with her becomes unmistakable as the story unfolds. The film is 99% visual with a sound track that places great emphasis on the various moods of the young singer" PSA Journal, Sept. 1965, 50.