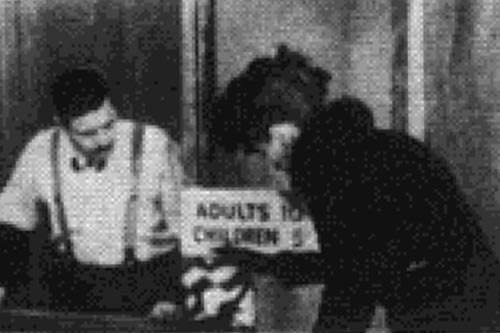 "This takes us back to the Bijou days, the serial pictures, the villain with the mustache, and the slapstick comedy. It is a picture of several pictures, including lantern slides, and a soloist who sings to the accompaniment of a piano and lantern slides for the visual. A family goes to the 10¢ movie in the days which some of us like to look back to and reminisce as the good old days, before the talking pictures. This will be blownup to 16mm and included in the Package" PSA Journal, Oct. 1962, 34.

"A night at the movies - 1912." Toronto Film and Video Club fonds, film records, Archives of Ontario.