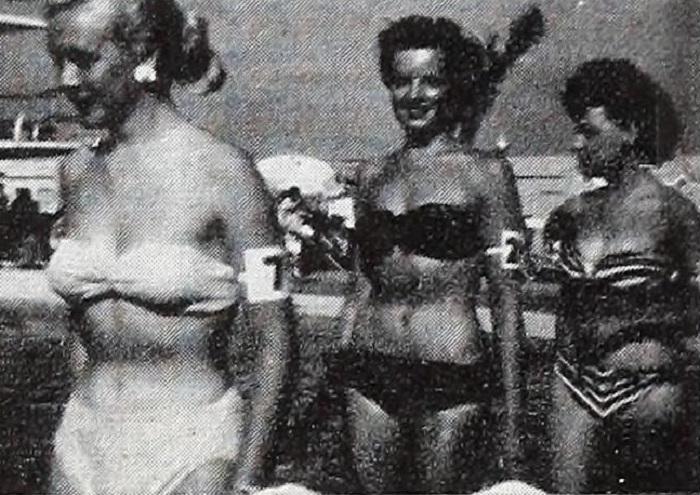 "A bathing beauty parade in Florida, blessing the fishing fleet at Gloucester, a tomato throwing fight in — well, it doesn't matter. These are not, to be sure, true scoops in the journalistic sense of the term. But they do constitute what passes for news these days in the newsreels; and, under George Merz's competent camera treatment and incisive cutting, they most certainly make for good movies. Mr. Merz sustains audience interest throughout Movie News Scoops, working in a film form — the topical newsreel — which the amateur generally has found difficult." Movie Makers, Dec. 1951, 412.