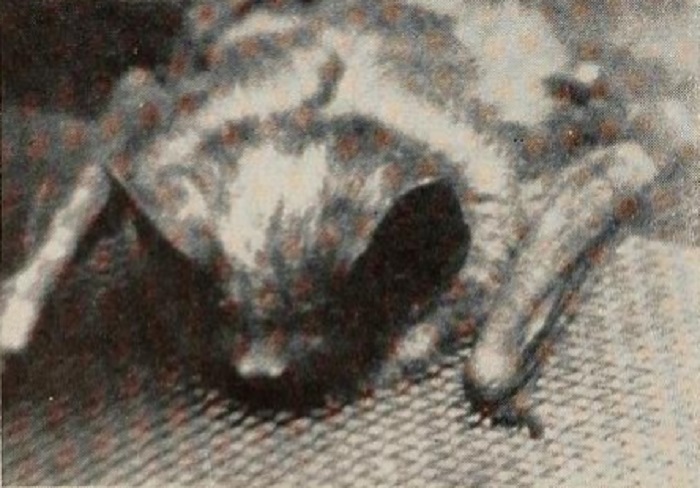 "Francis M. Spoonogle apparently keeps a large family of snakes, bats, bugs, slugs and praying mantises in his backyard, to talk to in his idle moments. It is a fascinating collection, though most of us would probably be just as well satisfied with a couple of dogs and cats. At any rate, in Movie Menagerie Mr. Spoonogle exhibits his prizes in some of the finest ultra-closeup studies ever to reach the 8mm. screen. Although playing on a small stage, his creatures seem quite uninhibited during their brief periods of stardom. For instance, the favorite pastime of the female mantis seems to be eating all other types of small life (including her husbands) which might offer interesting digestive experiences. Many of Mr. Spoonogle's other characters are of a sweeter nature, however, and the film does not leave you feeling hopeless about nature by any means." Movie Makers, Dec. 1947, 534.