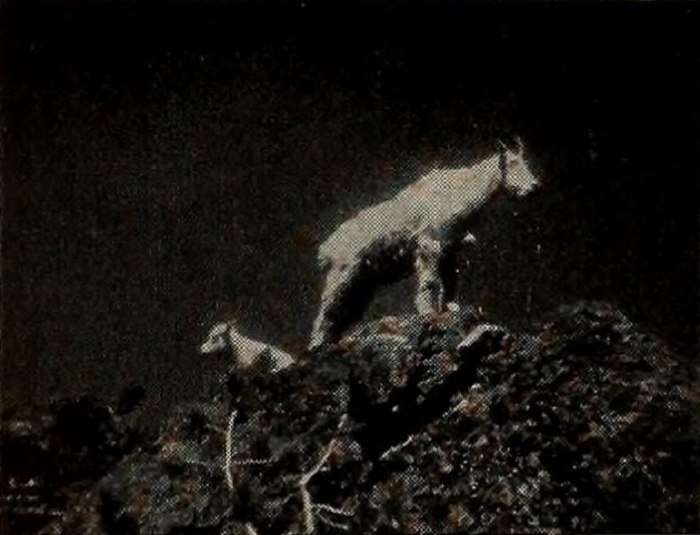 "Ralph O. Lund, whether he knows it or not, has adopted the same narrative technique used earlier in a nature film (The Gannets) whereby one of the wild creatures being pictured becomes the narrator. In Monarchs of the Mountain Tops, Mr. Lund's "Pete Smith" is an agile and bewhiskered mountain goat. His recurring comments enliven considerably the producer's study of the flora and fauna of Glacier National Park." Movie Makers, Dec. 1953, 334.