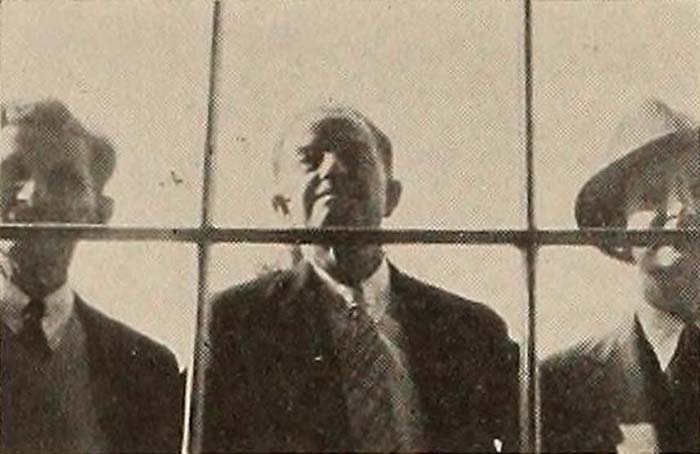 "In their adroitly handled John Doe, Citizen, Frances Christeson and Harry Merrick have produced a photoplay of politics in city government that can be compared to a theatrical picture in dramatic values and clarity of treatment. Designed to teach students the value of the vote, the danger of neglecting to understand the issues in city affairs and some of the methods by which machine politicians keep themselves in power, this picture also shows how well amateurs can handle a serious film in dramatic form. Particularly notable, from the movie maker's viewpoint, is how cleverly and effectively the producers have circumvented such apparently insurmountable problems as showing a crowded town meeting in a large auditorium, night airplane shots of rows of homes with lighted windows and the construction of a new sea wall on the city's waterfront. Needless to say, these sequences were not handled by means of large studio sets and hundreds of extras; but they are just as effective as if they had been, and therein lies the genius of these remarkable movie makers." Movie Makers, Dec. 1938, 597.

"A fictional account of an election as it might occur in a small city. Illustrates the indifference of the average citizen to public affairs and emphasizes that if the government is not run by the people the government will run them." Educational Film Guide, 1953, 367.

The film is also known as John Doe: Citizen Politician. 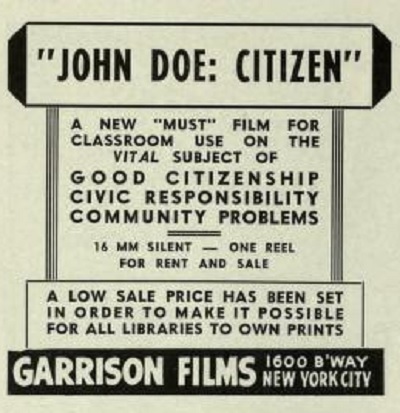