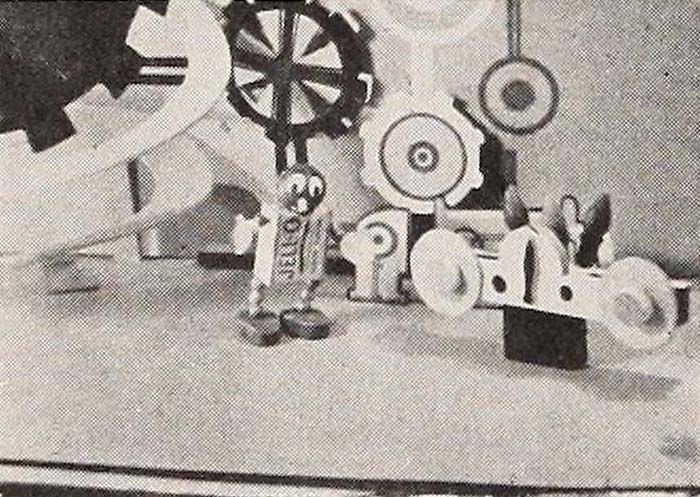 "Jello Again is an entertaining film, produced entirely by animation, that stands by itself even when the special work necessary to produce it is discounted. This Kodachrome subject, filmed by Carl Anderson, is made entirely in stop motion with puppet actors, an exceedingly difficult job. The excellence of the handling of the puppets and accessory properties, together with the imaginative quality of the settings, makes the subject an outstanding one. Here and there throughout the film, there are certain indications of unevenness in exposure on the "over" side, but, because of the real achievement embodied in the film as a whole, this very slight flaw may well be overlooked. The models used in the action were most cleverly constructed and colored, and the variety of camera angles employed was especially appropriate to the subject from the point of view of presenting the material advantageously." Movie Makers, Dec. 1939, 634.