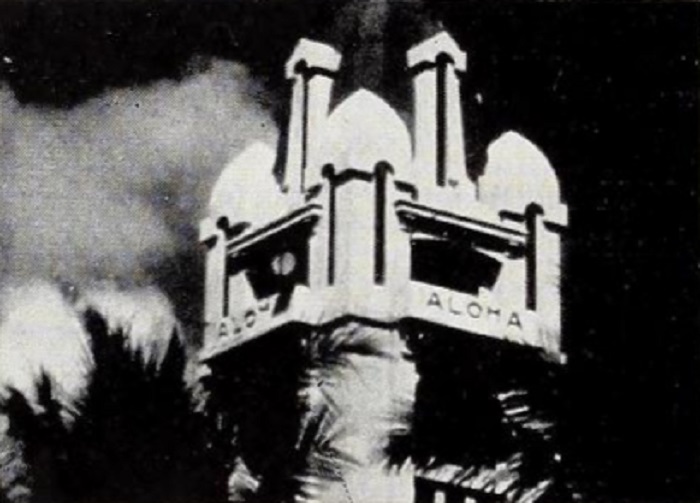 "This picture, we predict, will be both widely acclaimed and widely criticized for, in each case, that quality which people call "professional." If this prediction proves true, then the producer's purpose in making Invitation to Hawaii will have been conclusively achieved. For of the film Harold L. Thompson has written us at ACL as follows: "I made the picture largely as an experiment to see whether an amateur with sufficient enthusiasm could produce a 16mm. documentary which approached professional standards." The impression here is that on the case book of this experiment Dr. Thompson may now write: "Q.E.D." For Invitation to Hawaii has in every foot of it the polish and pace which one associates with professional standards. It was clearly planned, ably photographed and concisely edited. All in all, a brilliant piece of work." Movie Makers, Dec. 1951, 410.