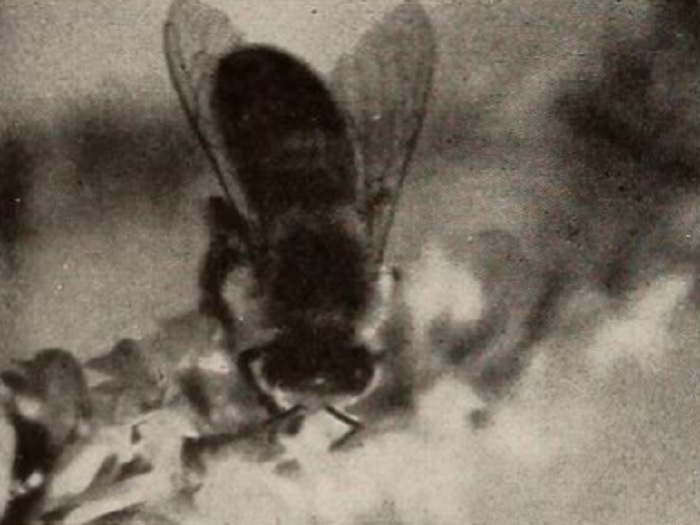 "If you have never thought much about the communal effort that produces your breakfast honey, you will find a whole new world of careful organization set forth in William W. Vincent, jr.'s movie. If you have read about this world, you will realize the very great accomplishment of the filmer of Honey Harvest, as you see his picturization of the regimented and incredibly organized bee communities. By means of amazing closeups, Mr. Vincent identifies the various workers, shows them at their hard tasks and lets us see the queen bee, the drones, the nectar scouts, the farmers, the nurses and all the complex bee classes. Nectar is sipped and collected; it is used or stored until, finally, man takes the residual product for his own use. A breakfast sequence of great compositional charm begins and ends this highly unusual record." Movie Makers, Dec. 1945, 494.

The film was reportedly distributed by the Wisconsin State Horticultural Society in 1947 (Movie Makers, April 1947, 156). It was also televised on an amateur movie program called Reel Adventures in 1952 (Movie Makers, Jan. 1953, 12).