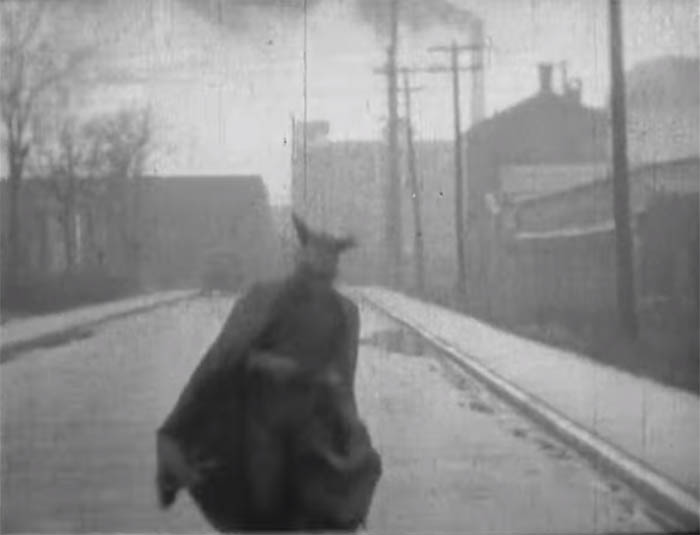 Screen capture of the devil in Hell Bound Train.

Preserved and archived by the Library of Congress.

Hell Bound Train "depicts the devil as the train's engineer both driving his locomotive toward hell and tempting the sinner-passengers that occupy various cars on the train. The film is divided into episodes each one representing a different kind of sin or sinner and set in a corresponding car of the train" Tepperman, 233-234.


Available on DVD box set released in 2015 'Pioneers of African-American Cinema'.
For a brief discussion of the film in the context of amateur filmmaking see: Tepperman, Charles. Amateur Cinema: The Rise of North American Moviemaking, 1923-1960. University of California Press, 2014.
Listen to an interview on archive.org with independent filmmaker Steven Torriano Berry on reconstructing Gist Film Fragments at the Orphan Film Symposium in 2013.