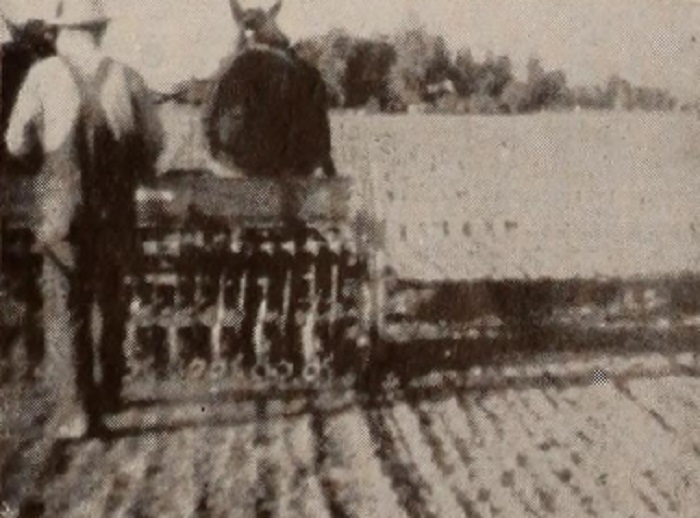 "To impart life and interest to a film about growing alfalfa requires more than ordinary patience and perseverance. Mildred J. Caldwell has supplied these in her picture, Green Gold. Filmed throughout the year, it shows the plowing, seeding, mowing, bundling and threshing, to create a story with depth and perspective. There were times when the movie maker had to climb on stacks of baled alfalfa or ride on a lumbering machine while it performed some vital operation in the culture of alfalfa. Hemet Valley, in California, was the setting, providing pleasant scenic backgrounds for the different operations." Movie Makers, Dec. 1947, 537-538.