Film Record: Girl With A Dress 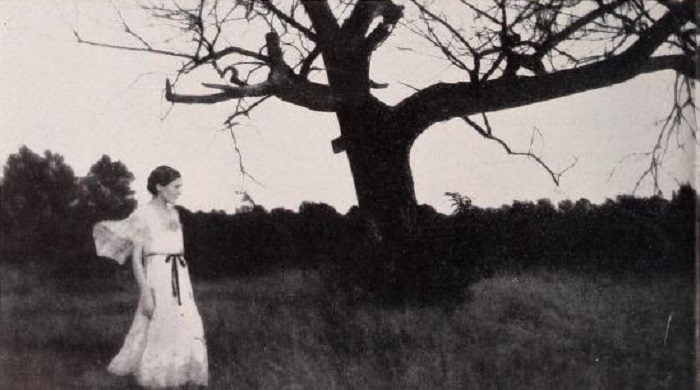 "In his one reel film, Girl with a Dress, Clyde Hammond, ACL, has made an appealing and remarkably successful attempt to portray a drama of the spirit rather than of action. Through long weeks of bitter economy a girl accumulates enough money for a new dress. It arrives from the mail order house just in time for a summer's picnic with her friends and, happy in prospect, she wears it proudly. Then, because in it she is more charming than they, her friends will not like it, make mocking fun of her and she leaves them in tears. Stumbling home, she is caught in a shower and the dress is ruined. A simple enough tale, but in its very simplicity and sincerity lie the strength of downright tragedy. It was planned and directed with imagination and played, in its leading role, with definite and sensitive skill." Movie Makers, Dec. 1932, 562.

Also referred to as Girl and a Dress in American Cinematographer, Jan.1933, 25.