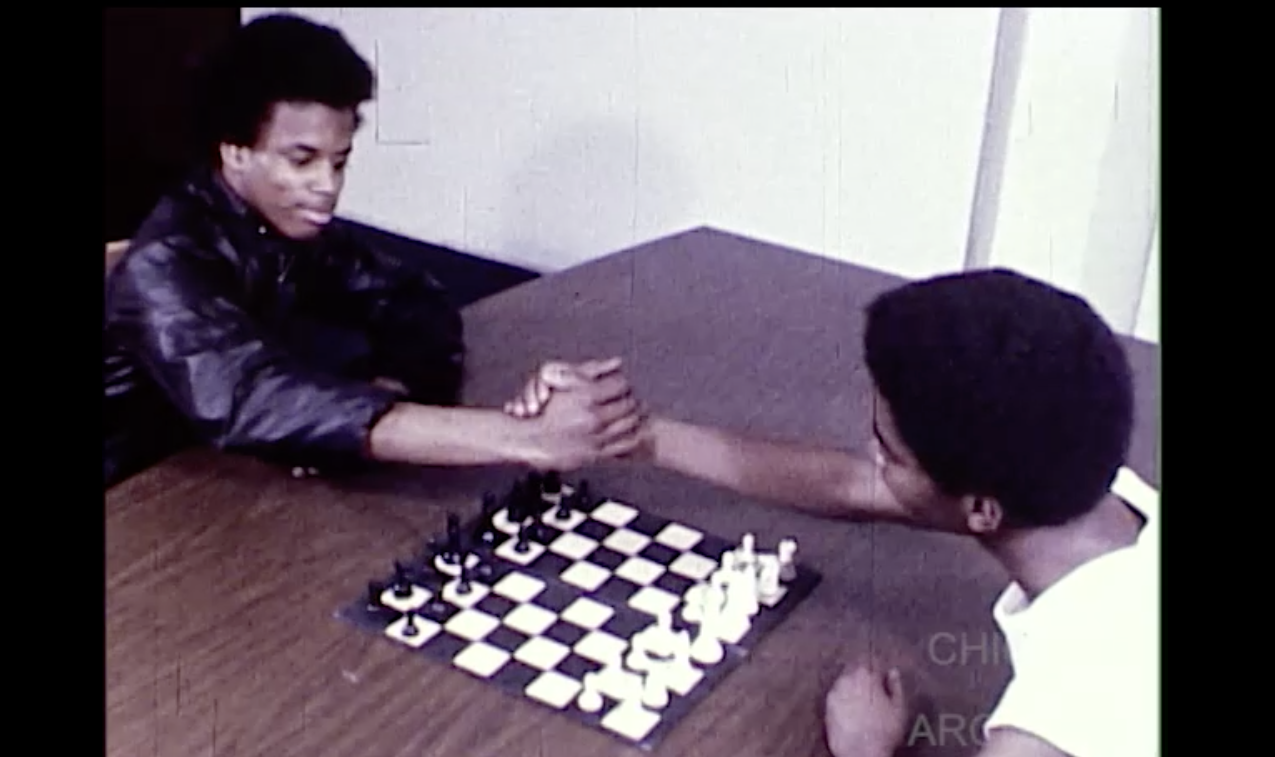 "A South Shore High School student film that is an allegory on the wastefulness of war and the duplicity of those who wage it. Filmmaker Wayne Williams, who was 17 at the time, cuts back and forth between a chess game and a guerrilla theater war game to underscore the sense of importance of the fighters and the cynicism of those who control their lives - and deaths." Chicago Film Archives