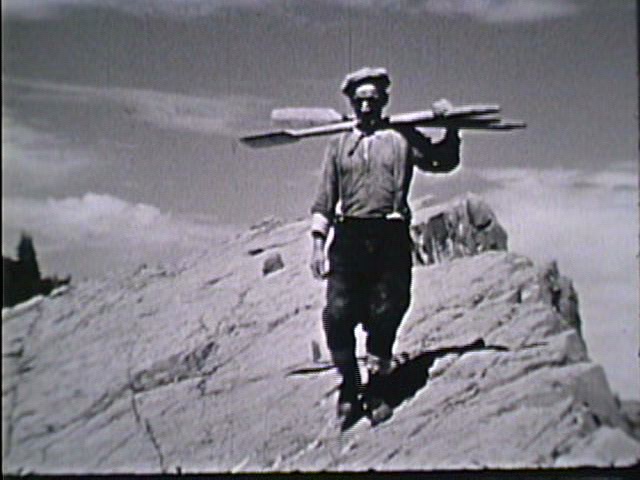 "In Fishers of Grande Anse, Leslie P. Thatcher, ACL, has compiled a vivid and crystal clear cinematic document of cod fishing in a little village in northern New Brunswick. This picture is a restrained work of art that depicts the austere beauty of toil. Repairing boats and nets, catching and cleaning the cod, salting and storing the fish for market and the fishermen leaving for home are the raw material from which this black and white production draws its rugged and satisfying beauty. Close shots and closeups (never affected or forced) comprise the simple devices whereby the irrelevant and possibly distracting material is excluded and whereby the magnificent compositions are achieved. The technical quality of the picture is superb, but probably Mr. Thatcher's greatest accomplishment is in his choice of camera viewpoint." Movie Makers, Dec. 1935, 550.

Mentioned and presented with a frame enlargement in "Closeups" (Movie Makers, Nov. 1935, 498).