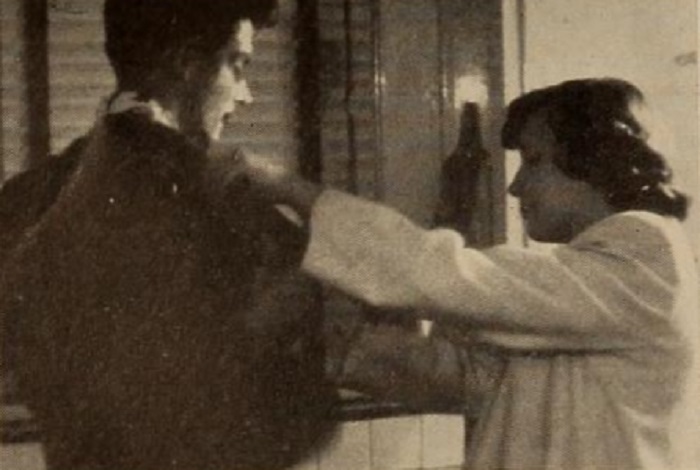 "The trials, tribulations and eventual triumphs of a teen aged young man embarked on his initial evening engagement are engagingly portrayed by John C. Sherard in First Date. Even the traditional nuisance role played by junior members of the girl's family is given a new angle — a trained flea circus on the loose. But this bit of business and others in a basically imaginative comedy are, on occasion, drawn out too much for the best dramatic pace. Outstanding in the film, however, is Mr. Sherard's use of Type A Kodachrome outdoors without the corrective filter to simulate moonlight." Movie Makers, Dec. 1949, 469.