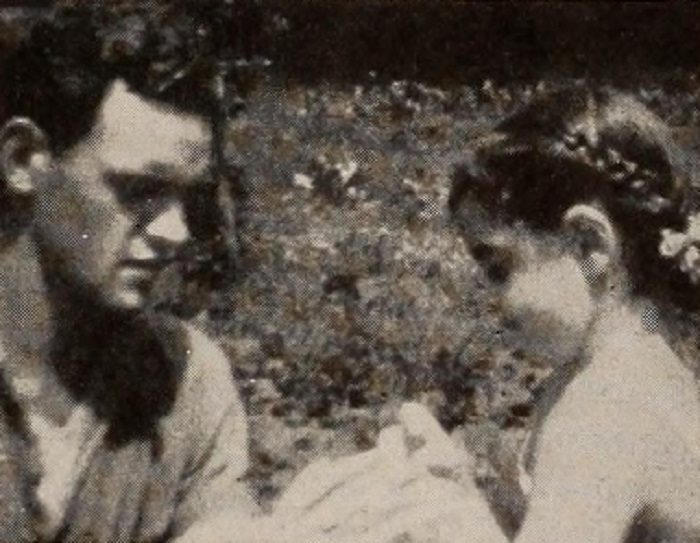 "Terry Manos takes his family and his audience to the country and shows us what Farm Frolics are for those who live rurally and what fun city children can get from participating in them. Against a background of farm life that is shown largely by indirection, the children romp and play little tricks on each other, while the understanding adults take a good humored part in the proceedings. Mr. Manos's camera work is imaginative, making the most of the abundant material at hand. His greatest achievement is the creation of a fine family film that, because of its lively farm background, also holds audience interest." Movie Makers, Dec. 1947, 537.