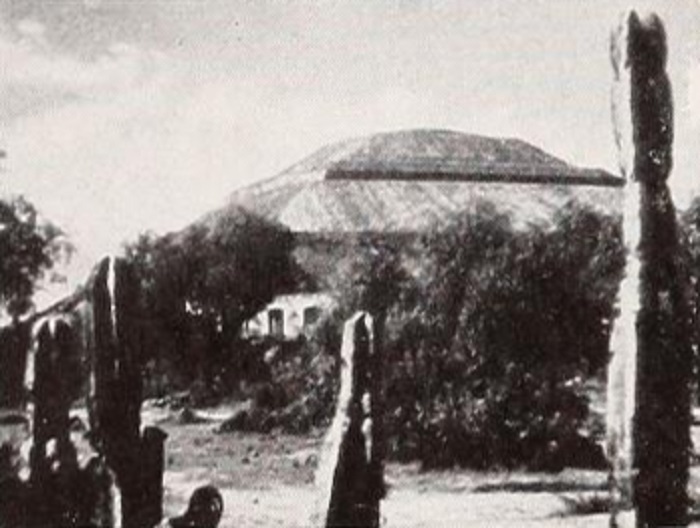 "Down Mexico Way, by Lester F. Shaal. is a pleasing combination of travel, education and simple, stirring beauty. Beginning at the Providence (R. I.) railway station (the producer's home city), the film takes us swiftly by train to Mexico, D. F., the country's capital. After a tour of that metropolis, one visits in turn such popular tourist meccas as Xochimilco, San Juan Teotihuacan, Cuernavaca, Toluca, Taxco and others. An attractive map of Mexico, in color, introduces these several journeys and makes clear the geographical relations of the different towns. Mr. Shaal's camera work is tripod steady throughout, his compositions are pleasing and his musical scoring is an effective supplement. Of outstanding beauty are his sequences on golden, sunny Taxco and of the ancient, so often cloud shrouded, twin volcanos." Movie Makers, Dec. 1944, 495-496.