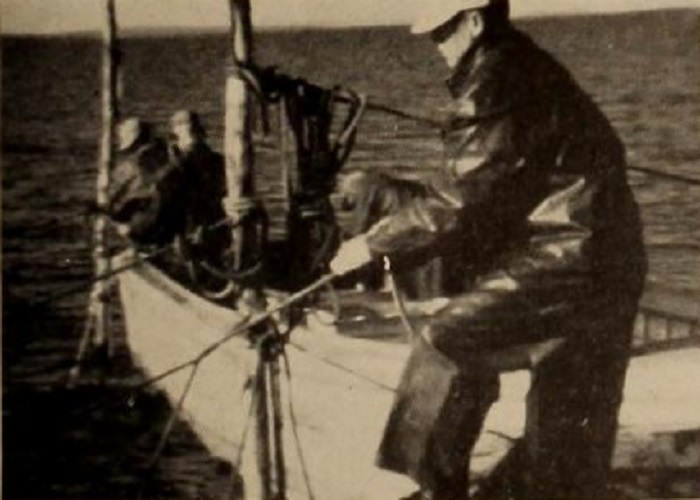 "The Nordic sons who fish the icy waters of Lake Superior are the heroes of this story of Minnesota's northland. William C. Kuhl, in recording their struggles against nature for their daily livelihood, focuses attention on a single incident of one day's catch. The suspense element is effectively built up, the climax followed by quietly declining action to the end title. The camera technique is uniformly excellent. A less personal viewpoint in the narrative and a stronger musical scoring would have improved the overall quality of the presentation." Movie Makers, Dec. 1949, 469.